Welcome back, fall-spring schedule professional club football! Liga MX kicks off on Friday, and we have 5 big questions that we want answered.

Liga MX kicks off their season on Friday night, mid-Gold Cup and well before the Argentine Primera or any of Europe's big leagues get underway. These aren't ideal circumstances to start a season under, but who's going to argue about getting some high-level club football a few weeks early?

We have five big questions ahead of the beginning of the season, some of which won't get answered definitively for quite some time.

Wait, who are these teams?

At the end of last season, Queretaro were relegated to Ascenso MX. Their owner purchased Jaguares de Chiapas and moved them to Queretaro, arguably a better market, and adopted the old team's crest and nickname. San Luis then decided to pack up and move to Chiapas, becoming Chiapas F.C., also retaining the old team's nickname. La Piedad, who came up from the Ascenso, decided to move to Veracruz, marking the Red Sharks' return to the top flight for the first time since the 2007-08 season. Confused yet?

Veracruz owner Fidel Kuri, who promised that he wouldn't move the club, isn't terribly popular in La Piedad. A new San Luis team has been founded in the Ascenso, but the citizens of La Piedad weren't so lucky. They no longer have a team in the top two divisions of Mexican football.

New Jaguares don't look anything like Old San Luis after they turned over their entire roster. The turnover at new Queretaro/old Jaguares was a bit less ridiculous, but they did release or sell 10 players. 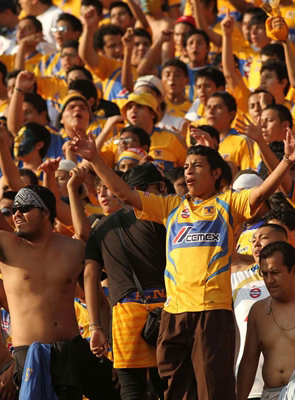 Will there be a real relegation race?

Whether or not there's a tough relegation race that goes down to the wire probably depends on the finances of Puebla and/or their ability to find new ownership. They're in a massive market and have plans to expand their stadium, but they've been facing financial issues for a long time. They experienced some turnover in the offseason, selling more players than they bought, and will depend on aging players and journeymen to guide them to safety.

There's a very good chance that Puebla could simply go out of business before the end of the Clausura 2014, though the size of their market and stadium probably mean that someone is going to be willing to bail them out. However, if Puebla do go into financial ruin, expect next summer to make this summer's relocation roulette look tame.

in the event Puebla don't go bust, Chiapas are probably the team in worst shape. They finished well clear of the drop last year, but they're getting seasons of 26 and 21 points wiped off their coefficient this season. Atlas, Atlante and Queretaro are in danger of going down as well, but will have fairly normal point totals for teams fighting the drop wiped out. Puebla, Chiapas and Veracruz are likely to be the three teams battling it out late in the Clausura, though the other three teams certainly aren't safe.

Can Chivas finally get it together?

Hilariously, Chivas aren't totally clear of that relegation battle. They've been horrible lately amidst high expectations, and once again, their fans will expect them to qualify for Liguilla comfortably and compete for a title.

They've given up on wonderkid Erick Torres for the time being, relegating him to Chivas USA and replacing him with veteran Aldo de Nigris. Luis Ernesto Perez has been cast off as well, with Edgar Solis and Antonio Gallardo returning from loans to replace him in midfield. Nestor Vidrio has been brought into the defense, along with Omar Esparza, who returns from a loan, replacing the outgoing Sergio Perez and Adrian Cortes.

Those changes are sensible enough, but they won't matter if the current talent doesn't step up. There have been massive expectations on Marco Fabian, Jorge Enriquez, Kristian Alvarez, Patricio Araujo and Carlos Fierro for the last couple of years, but they've simply failed to deliver. Chivas has incredible depth and one of the best combinations of young and veteran talent in the league, but that's always been the case. They need to do something with it, and with Benjamin Galindo coming in to coach the team, there seems to be plenty of optimism around the club that they finally will.

Everything is in place for Chivas. They're simply out of excuses, especially since their first game was postponed due to the participation of their stars in Gold Cup.

5 players to watch in the Apertura 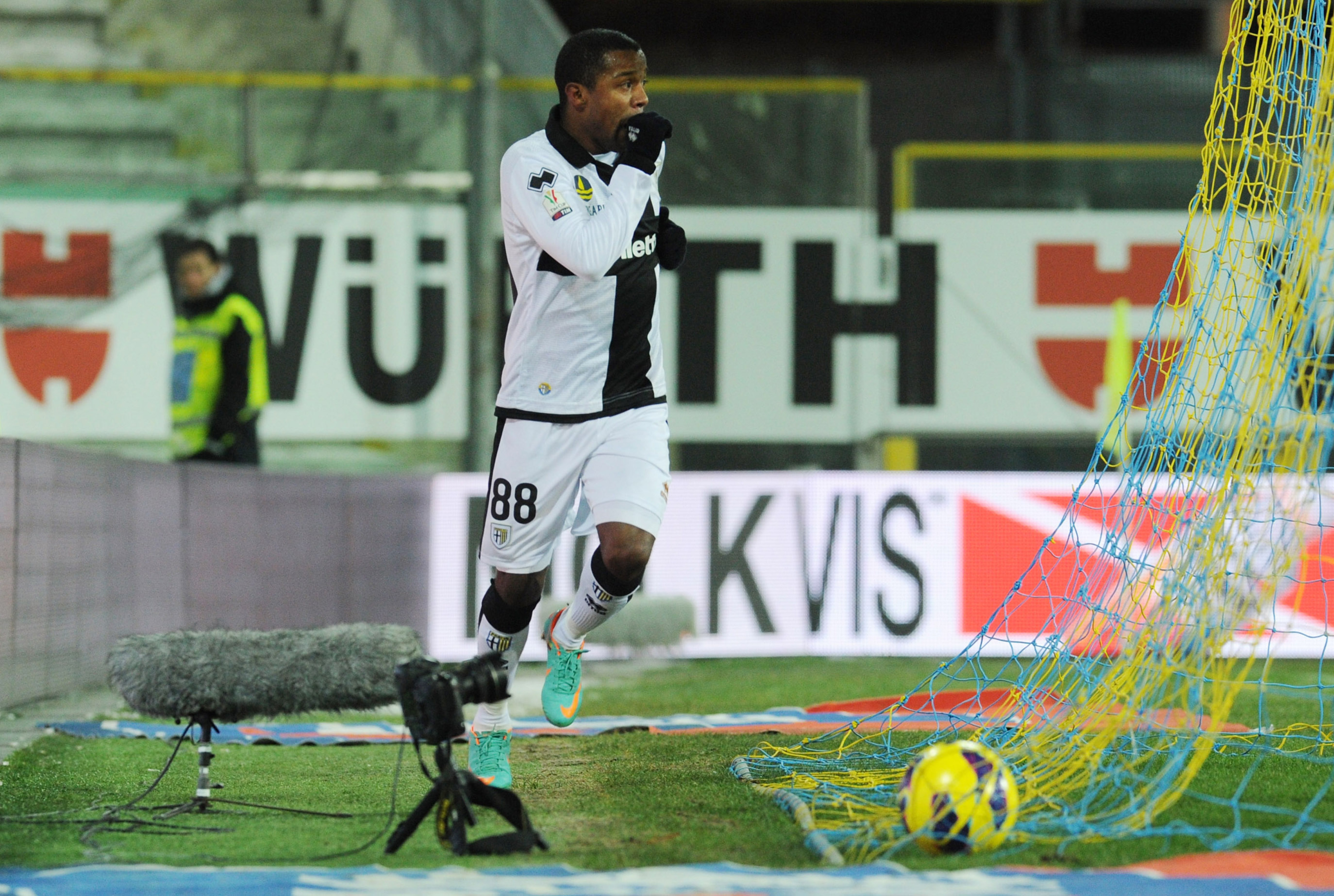 Which team will have their season destroyed by the firing of Chepo de la Torre?

If Chepo can't win Gold Cup and get four points from Mexico's September World Cup qualifiers against Honduras and the United States, he's probably getting fired. He's been riding the line for quite some time and FMF are almost certain to lose patience with him if he doesn't pull a rabbit out of his hat come September. At that point, a Liga MX manager is probably going to get offered the job and they're probably going to take it. It's tough to see FMF going down the Hugo Sanchez route again, while Javier Aguirre has a good job with Espanyol that he's not losing by September.

Even though he's arguably the most qualified man for the job, we can probably rule out Ricardo Ferretti of Tigres. While Mexico aren't opposed to offering foreigners the job and Ferretti would certainly find it tempting, the Brazilian can't cite national pride as a reason to screw over his employer. This leaves FMF with a small handful of good options.

Victor Manuel Vucetich was the runner-up for the job when Chepo was hired and has been on the rocks with the Monterrey board at times. He's a proven commodity and he'd probably make the jump. Miguel Herrera seems the next most likely to get a call and he'd have to think long and hard about the offer as well. Expect America or Monterrey's season to get thrown into turmoil come mid-September.

Then again, Ricardo La Volpe doesn't have anything better to do right now.

Is this the year of Raul Jimenez?

Raul Jimenez has gotten a tough shake from fans who aren't too fond of either Club America or things that Televisa is attempting to shove down their throat. Jimenez represents both and probably got into Mexico senior team matches a bit earlier than he should have thanks to his employer's influence. He's scored just twice in 25 appearances for Mexico and the Under-23s. There are plenty of reasons not to believe in him.

However, Jimenez did have a very good Clausura as America lifted the title. With the Eagles shipping off Cristian Benitez, he'll have every chance to establish himself as the focal point of their attack. Luis Gabriel Rey was brought in as depth, but he's simply a solid journeyman. Jimenez has an opportunity to take the reigns and become a star.

This opportunity also comes at a time where Mexico are struggling in World Cup qualifying and while El Tri's managerial position is in flux. Three of Mexico's most accomplished veteran strikers play for the same team -- Chivas -- and it's unlikely that more than one of them is going to have a chance to do well enough to supplant Jimenez on the national team. 'Chicharito' Javier Hernandez looks like he's on his way to being marginalized at Manchester United. Oribe Peralta is 29 and hasn't been a star recently.

Remember the 2009-10 season when Chicharito, a previously disappointing player who consistently underachieved, went on to dominate two straight tournaments? He went from being a clear El Tri outsider to being a key player on Mexico's World Cup team and circumstances are in place for Jimenez to achieve the exact same thing. It's up to him to capitalize on his opportunity.