Mexico 2013: Plenty to Play for in the New Year

After a successful 2012, Mexico now prepares to confront a busy 2013. The new year includes CONCACAF qualifiers, the FIFA Confederations Cup, and the Gold Cup. Over the coming months Chepo de la Torre hopes to solidify his starting eleven, with one eye squarely on World Cup 2014.

Share All sharing options for: Mexico 2013: Plenty to Play for in the New Year

Mexico football finished 2012 with Javier “Chicharito” Hernández’s face splashed across England’s top newspapers, and 2013 now begins with the same pattern. Sir Alex Ferguson’s strategy and experience has allowed Mexico football to begin the new year with a bang. The newspapers in Spain, Italy, Germany, and England are talking about Chicharito and Manchester United’s excellent capacity to overcome adversity and score key goals. Ferguson famously asked Chicharito to miss London’s Olympics last summer, and the result of that favor is now manifesting itself on the field.

Hernández’s attitude and desire are contagious. Giovani dos Santos, Carlos Vela, Andrés Guardado, and Héctor Moreno will begin an intrepid second half of La Liga BBVA season. Giovani and Moreno will battle it out to stay in the First Division, while Vela and Guardado will fight it out to finish on top of the table and win a ticket to a European tournament: Europa League or Champions League.

There is also a conundrum. How tarnished or renovated is José Manuel de la Torre’s coach-player relationship with Carlos Vela? Was there ever a clash between the two that now prevents Cancun’s prodigious son from getting a shot with Chepo’s successful TRI?

Carlos Vela is becoming one of Real Sociedad’s major protagonists. The team from San Sebastian is Carlos Vela’s home. While Chicharito is a predator inside the box and wins English love, Vela dances his way into the box, then proceeds to finish off his opponent with a shot on goal and wins Spanish admiration.

Francisco Javier “Maza” Rodríguez returns to Mexico to play for Club America. After solidifying into a well-rounded defender in PSV Eindhoven and VfB Stuttgart, the mazatleco accepted America’s offer because it assured him consistent playing time. He left Mexico as a Chivas player and returns to help America win a coveted title.

The city of Monterrey has Chepo’s most trusted holding midfielders in Carlos Salcido and Jesús Zavala, along with Jorge Torres Nilo, a top left back, and Severo Meza, a top right back. Both Rayados and Tigres hope to end the season in the final stages of La Liguilla.

That leaves José de Jesús de Corona and Guillermo Ochoa’s names on the table. While Ochoa finishes each Ligue 1 weekend amongst the top three goalkeepers in the league, Corona keeps proving he is the best goalkeeper in Liga MX. Corona’s resume also includes being captain of the Mexico team that won a gold medal in London 2012.

Chepo de La Torre has a backbone that will only strengthen when the names of Marco Fabian, Diego Reyes, Hiram Mier, Javier Aquino, Jorge Enríquez, Carlos Peña, Héctor Herrera, Raúl Jímenez and Miguel Ángel Ponce are added to the mix. Mexico’s greatest football moment takes place as Chivas lives moments of uncertainty. The following line-ups are what de La Torre and his coaching staff could currently be brainstorming: 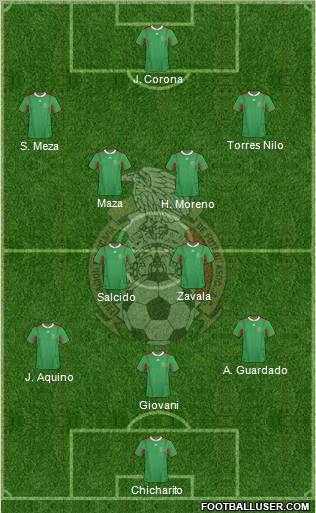 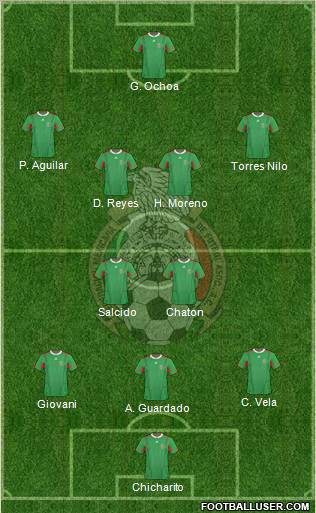 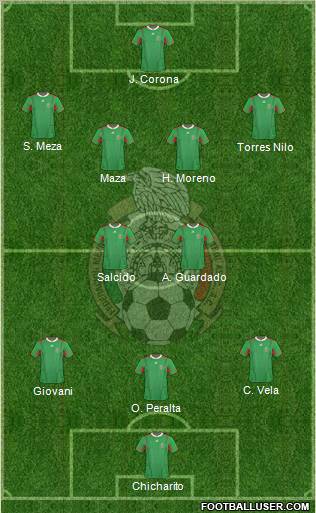