Share All sharing options for: Humberto Suazo Ready To Return From Injury 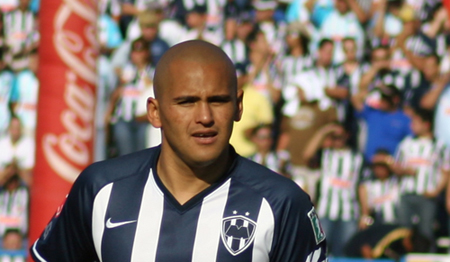 Humberto Suazo is set to return to action after an injury, and despite Aldo de Nigris looking good at the moment, his return couldn't have come at a better time for the Rayados. Monterrey have two tough games coming up in the next seven days, as they're set to face Cruz Azul in CONCACAF Champions League before taking on Club America in La Primera. Those two tough games will likely require Victor Manuel Vucetich to do a little bit of rotating with his squad, and the presence of Chupete allows him quite a bit more flexibility. After training this weekend, Suazo will likely start the CCL match against Cruz Azul on the bench.

Monterrey have been surprisingly good in Suazo's absence, to the point where it hasn't affected them much lately. Though they lost their first game without Suazo to Atlas, the Rayados have since rattled off league wins over Queretaro and Necaxa, as well as a CCL win over Toluca.